After I built the two main eurorack modular synth cases here, I decided it would be cool to have a smaller one that is more portable and easy to sit in my lap or carry around the house. So I designed another case format that actually turned out really fantastic. 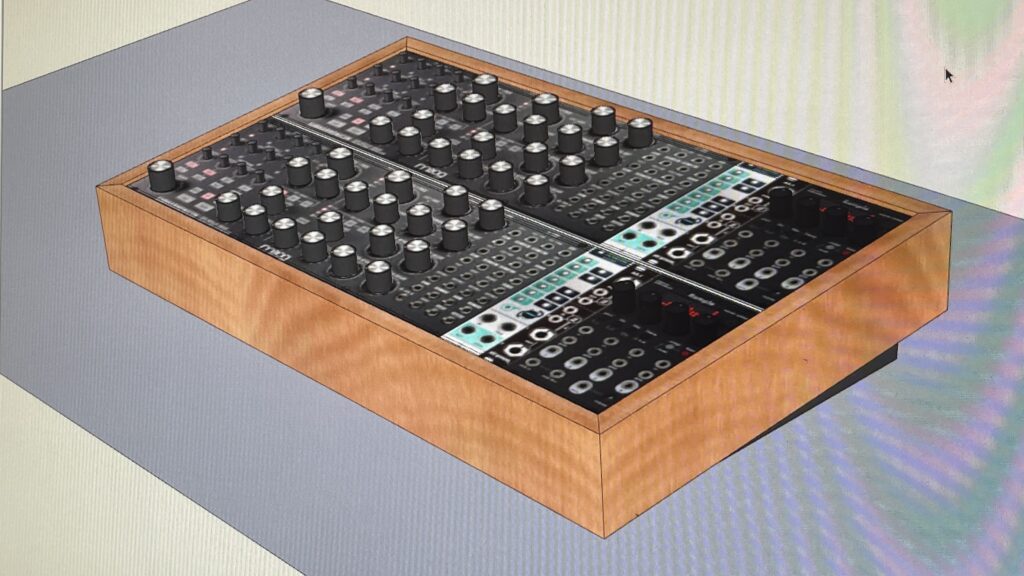 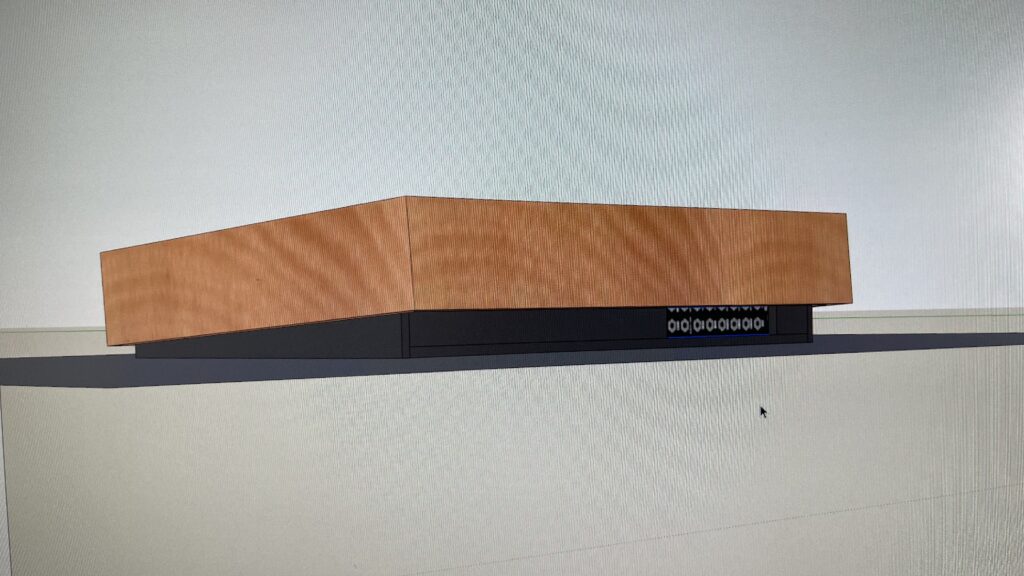 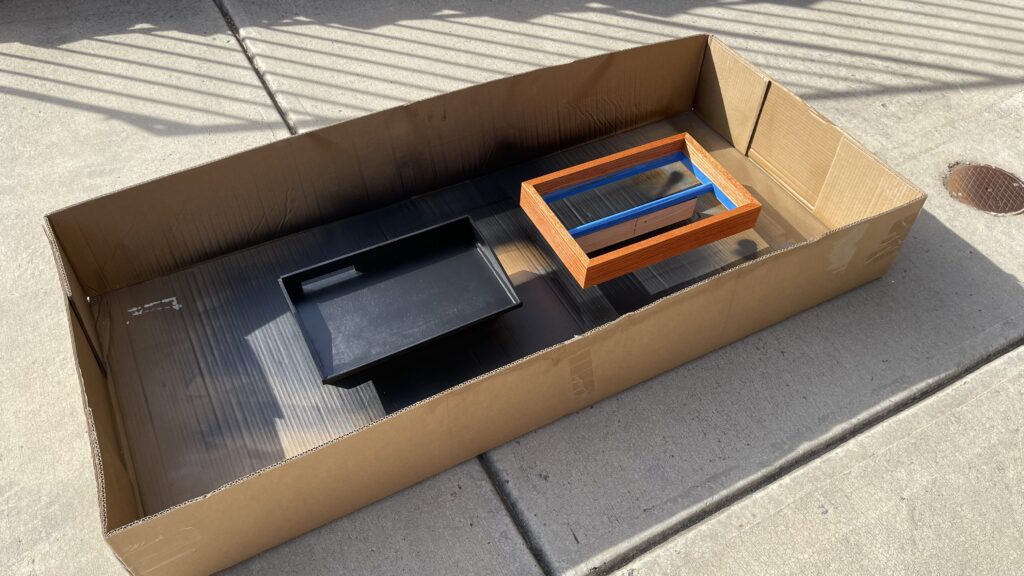 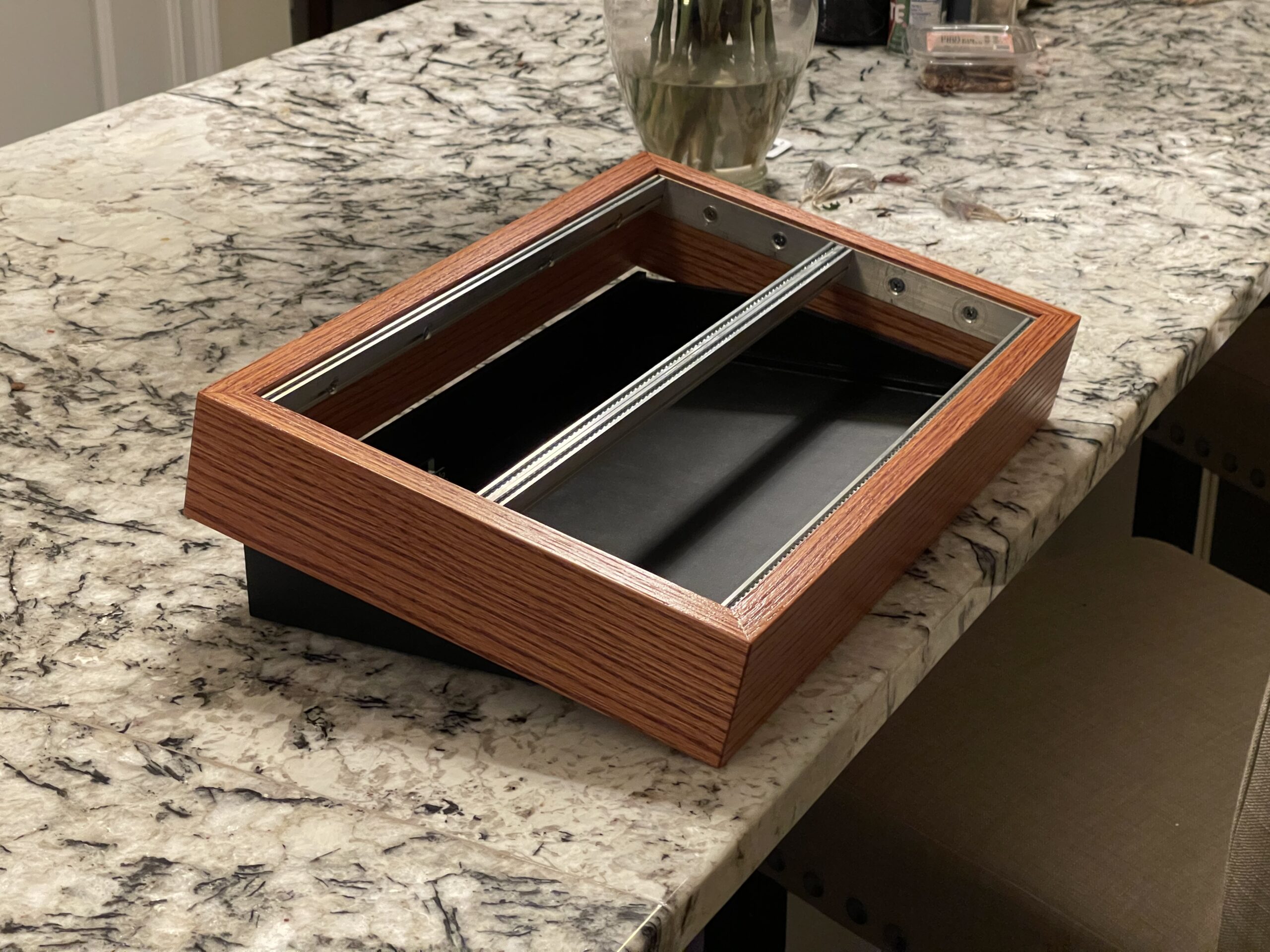 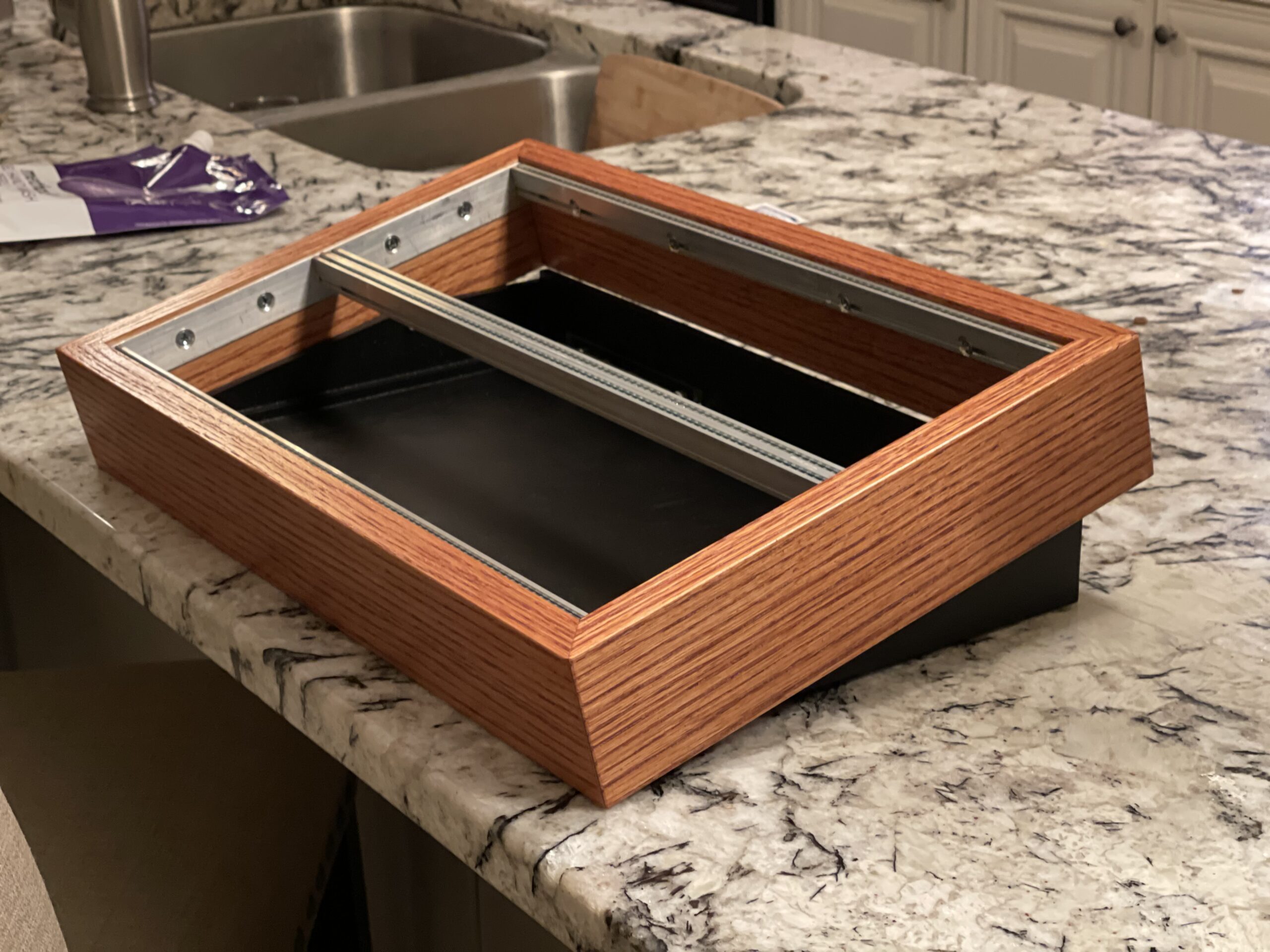 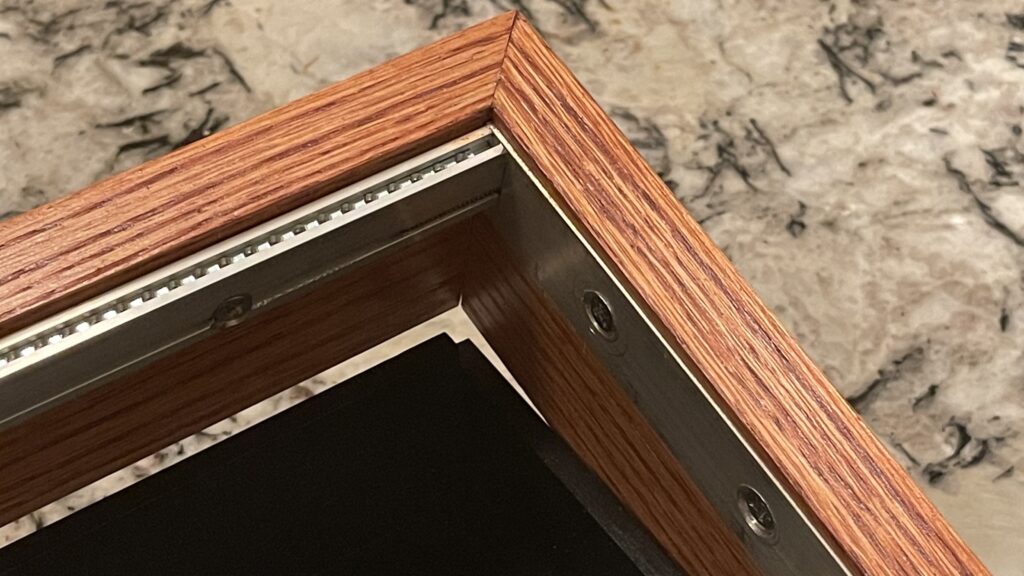 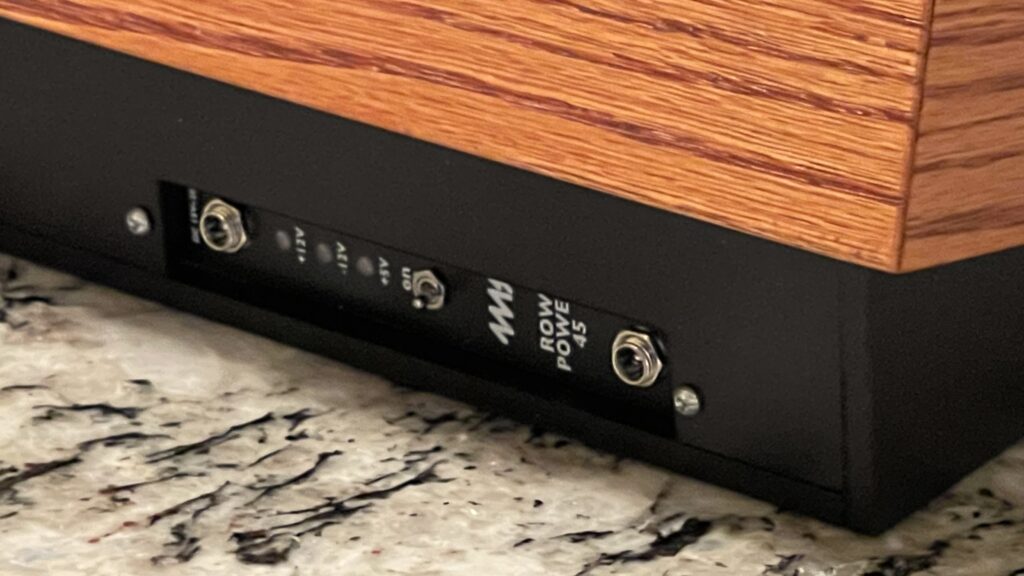 For this case, the design is essentially just two wood parts: a mitered wood band surrounding the two rows of 3U x 84hp rack rails and the black base which was slotted and mounted in the rear with the 4ms Row Power 45. The two parts are just screwed together, but I planned the front screws so they can serve as a pivot point if the back screws are removed, so that the mounting surface angle can be changed if I wanted.

The top part is a band of red oak that was stained with Minwax Gunstock stain, which is an attempt to be similar to the cherry end panels on my Moog Sub 37 (but in reality turned out a bit more orange, but it still looks very compatible). Prior to gluing the mitered pieces, I used a dado stack on my table saw to cut two channels on the side cheek interiors to accommodate the aluminum strips that the eurorack rails bolt to. This enables any modules that are mounted at the edges to sit closer to the edge without much of that aluminum showing. That channel is also set back about 1/8″ so that the modules will sit a bit into the case for a cleaner look. I also drilled holes into the front and rear rails so I could screw them to the wood to be sure that the miter joints stayed nice a tight while the glue was setting. Then I masked the aluminum rail parts with the blue tape and covered it with a few coats of Helmsman spar-urethane. I got lazy and didn’t sand between Helmsman coats, and it still turned out really smooth (but not extremely smooth, which can be nice sometimes).

The bottom part is just 1/4″ baltic birch plywood from Rockler that has been cut and glued into a tray shape, painted black with two coats of Krylon Fusion spraypaint (sanded between coats for a smoother finish), then sealed with a couple coats of Helmsman spar-urethane.