Space is extremely limited in our two-car garage, but I wanted to have the ability to move the cars out to the driveway and get some real woodworking done with a tablesaw and some tabletop tools. 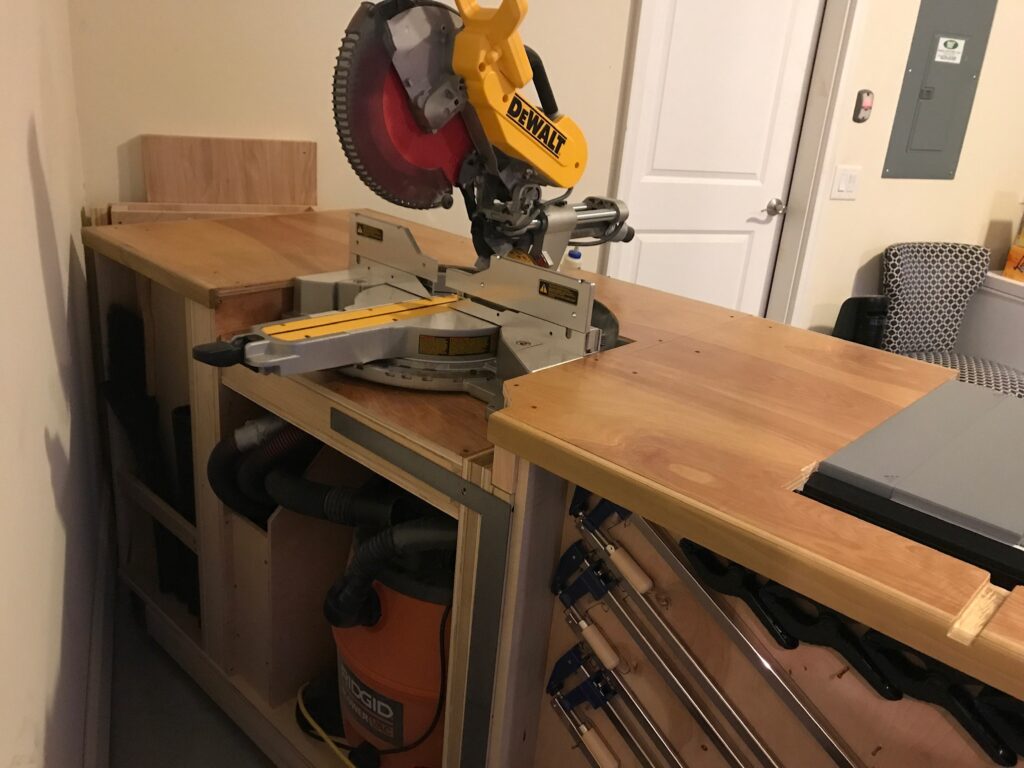 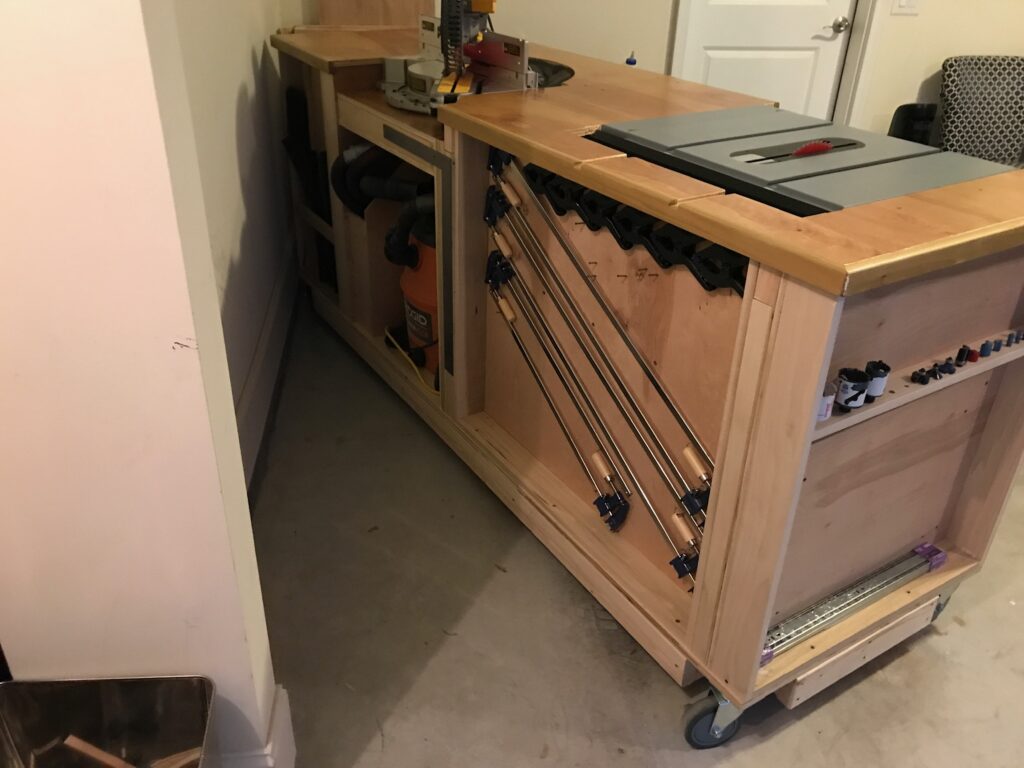 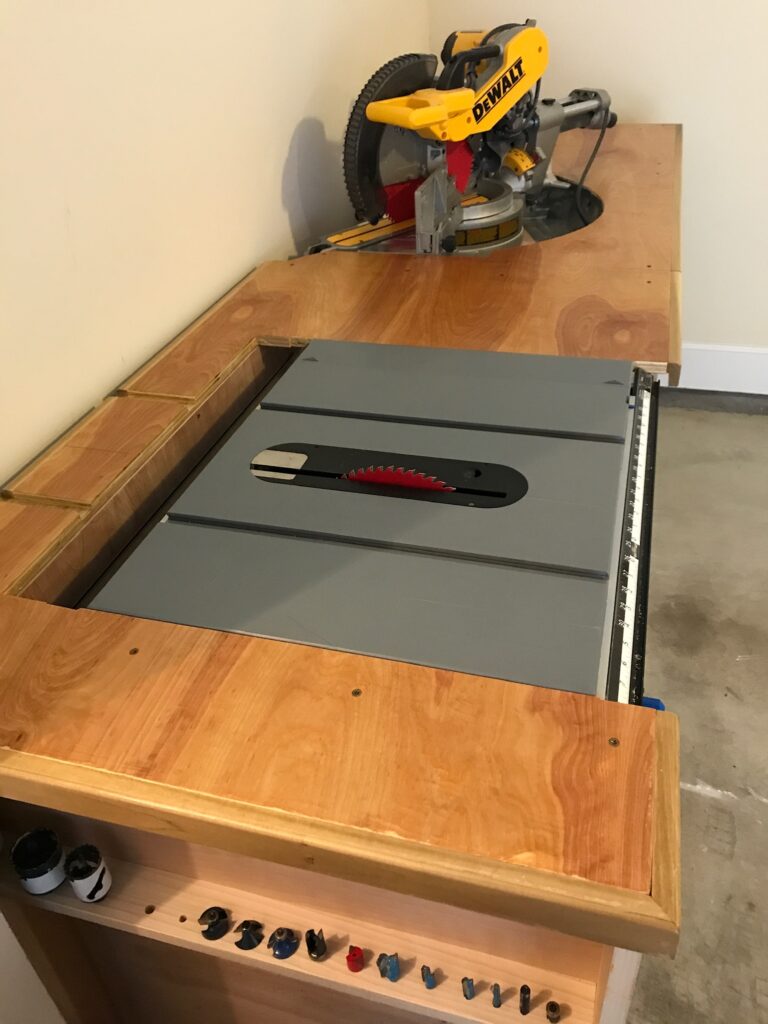 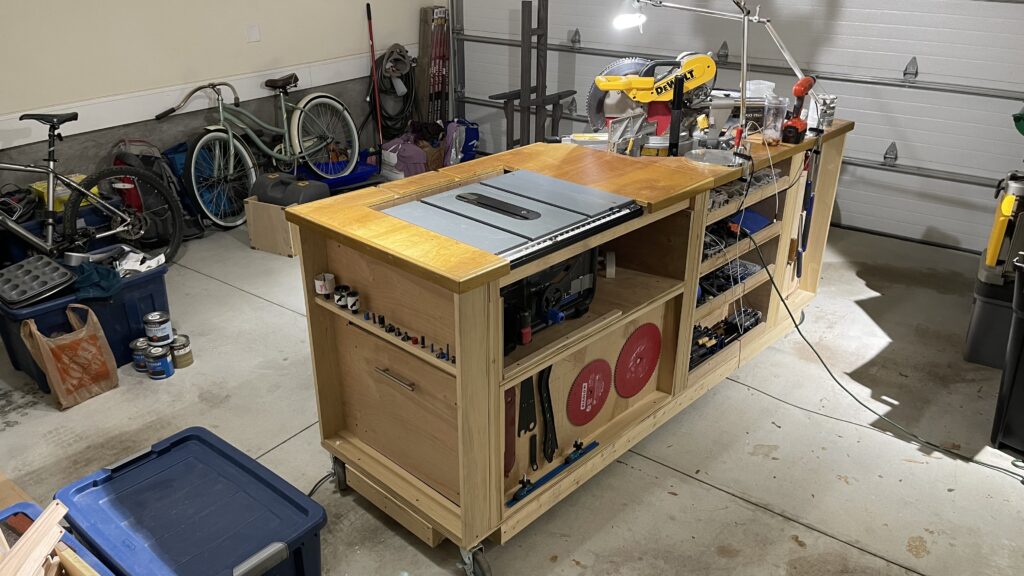 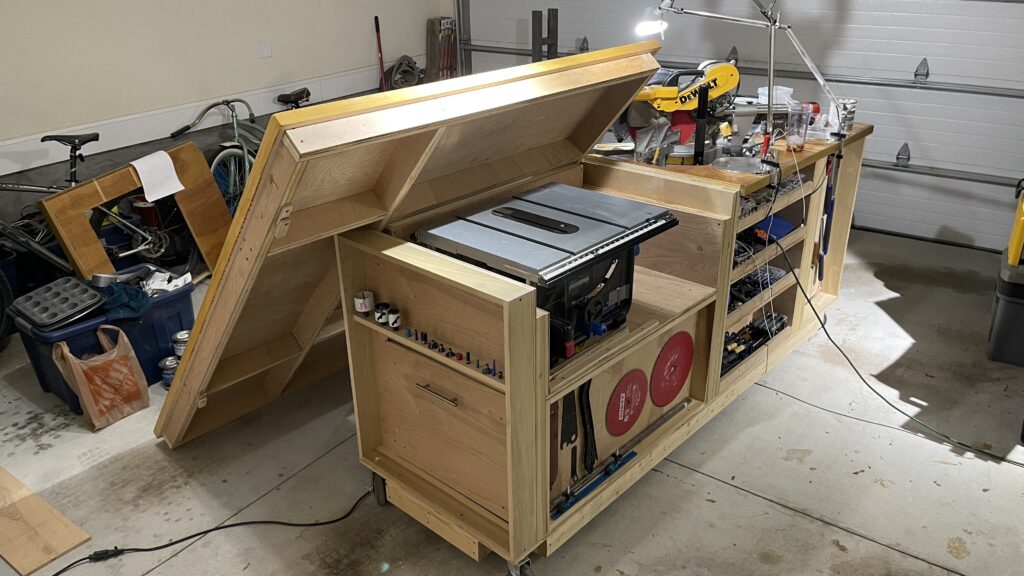 As with (nearly) all woodworking projects I do, I always start with playing around with ideas in Sketchup, ultimately finalizing my design after I have tried (sometimes a few, sometimes several dozen) different ideas. So it began with this one!

A key element of the design was that it have an “expandable” surface around the table saw and at least 3 feet of clearance from the table saw blade on both sides so I could cut down 4×8 sheets of plywood. Anything requiring more than a 3′-0″ cut clearance and I just have some supports I throw down on the garage floor to hold a sheet up, then I use an 8′-0″ long aluminum 2″x4″ box profile as a guide.

All in all, this thing has been SO functional, its been excellent having it around.